How did I know about Nyaman Na Pho?

Back in my elementary days there is a Vietnamese community around the corner. The place before sold school supplies and now became a Vietnamese restaurant. Also it is just few blocks away from Red Chili.

How to get to Nyaman Na Pho?

From Balibago just go straight McArthur Hiway until you will see Angeles University Foundation, then you will just need to go to the right and two blocks after turn left. You will see Rangoli (Red Chili) and then this place You will always see a big truck of beer as one of their shop sells beer.

What are the areas for improvement?

How to reach Nyaman Na Pho?

You can reach them on their Facebook Fanpage. This is also available in Grab Food. 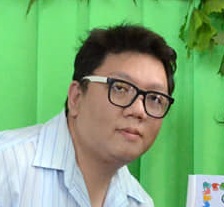 Ian Tanpiuco created Educatorian in order to practice his skills in Writing and SEO. He is a Junior Web Developer in an ESL school in the Philippines while also doing some ESL Tutorial online. His goal is to create his own Learning Management System + Website that will allow students and teachers to connect. He also wants to practice his writing and speaking skills including digital marketing.